How be you to night? I be fine. 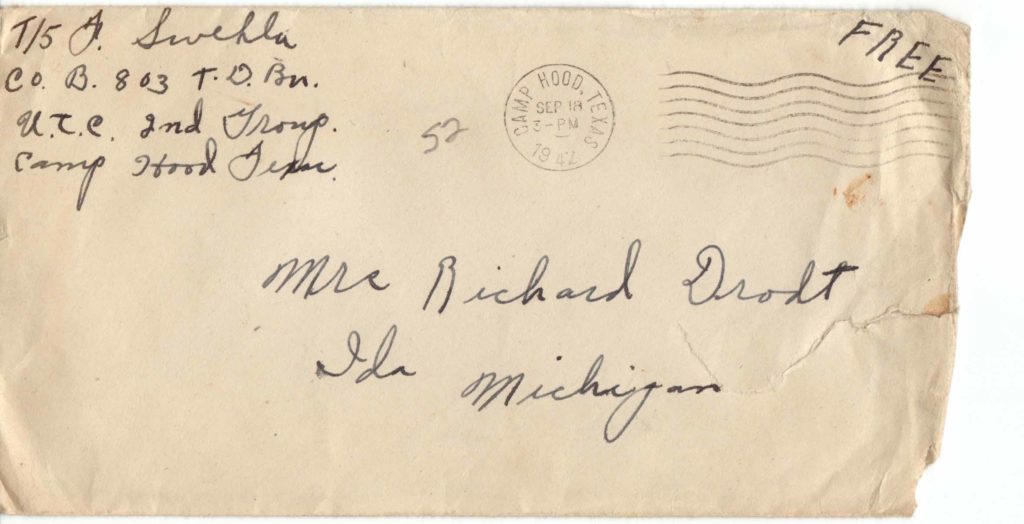 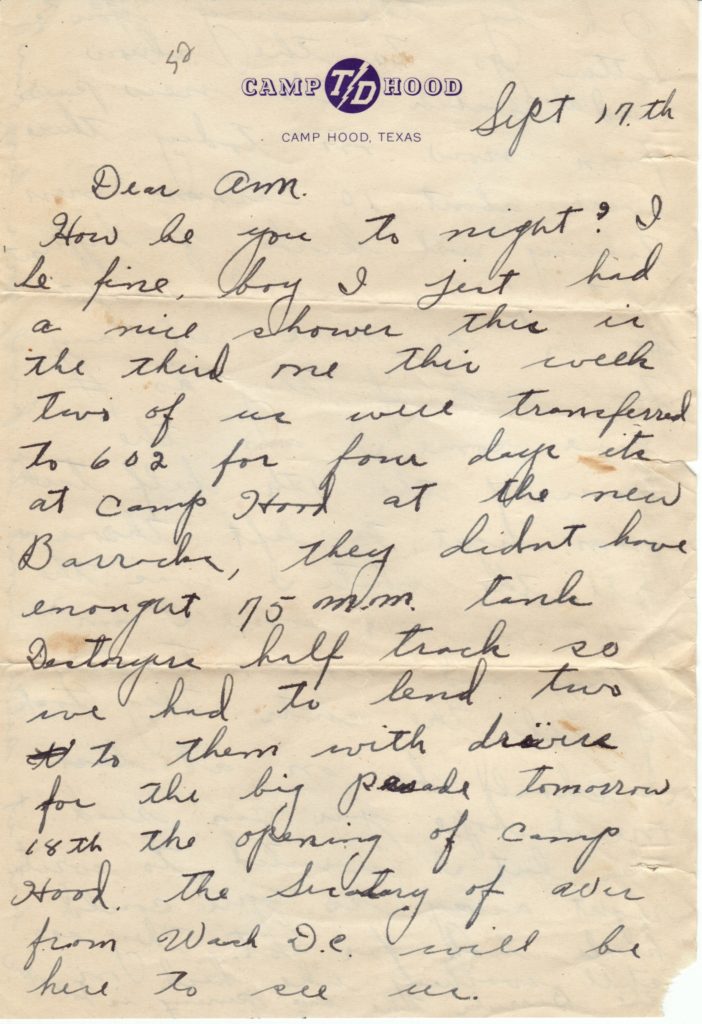 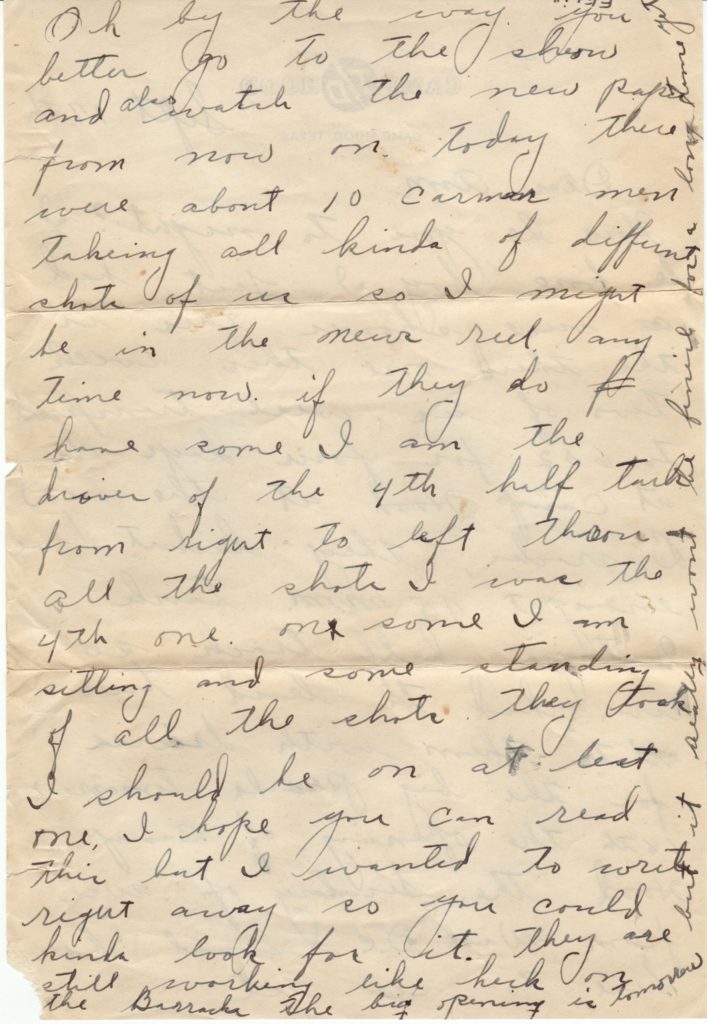 How be you to night? I be fine. boy I just had a nice shower this is the third one this week.   two of us were transferred to 602 for four days its at Camp Hood at the new Barracks, they didn’t have enough 75 mm tank Destroyers half track so we had to lend two to them with drivers for the big parade tomorrow the 18th for the opening of Camp Hood.  The Secretary of War from Wash D.C. will be here to see us.

Oh by the way you better go to the show and also watch the newspaper from now on. Today there were about 10 camera men taking all kinds of different shots of us so I might be in the news reel any time now if they do have some I am the drivers of the 4th half track from the right to left through all the shots. I was the 4th one. On some I am sitting, and some standing. Of all the shots they took I should be on at least one, I hope you can read this, but I wanted to write right away so you could kinda look for it. they are still working like heck on the Barracks. the big opening is tomorrow but is really won’t be finished for a long time yet.