Beer was good but the cigarettes were terrible. 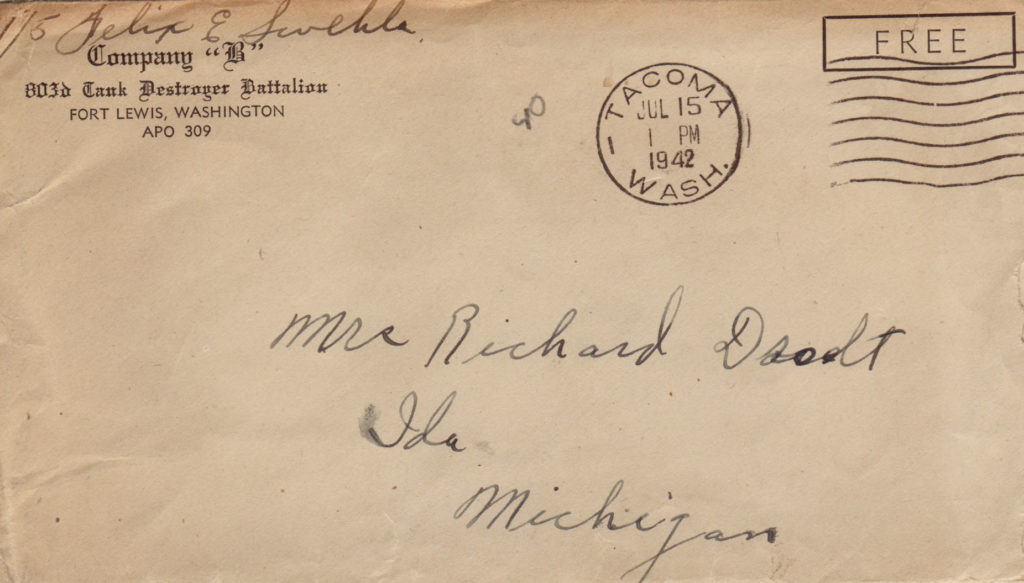 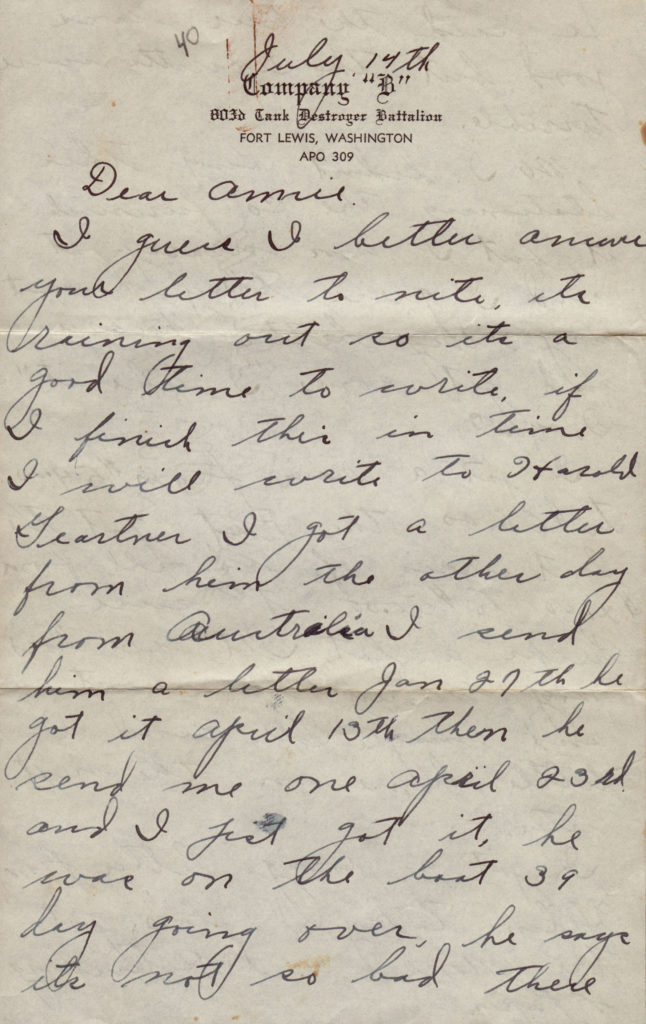 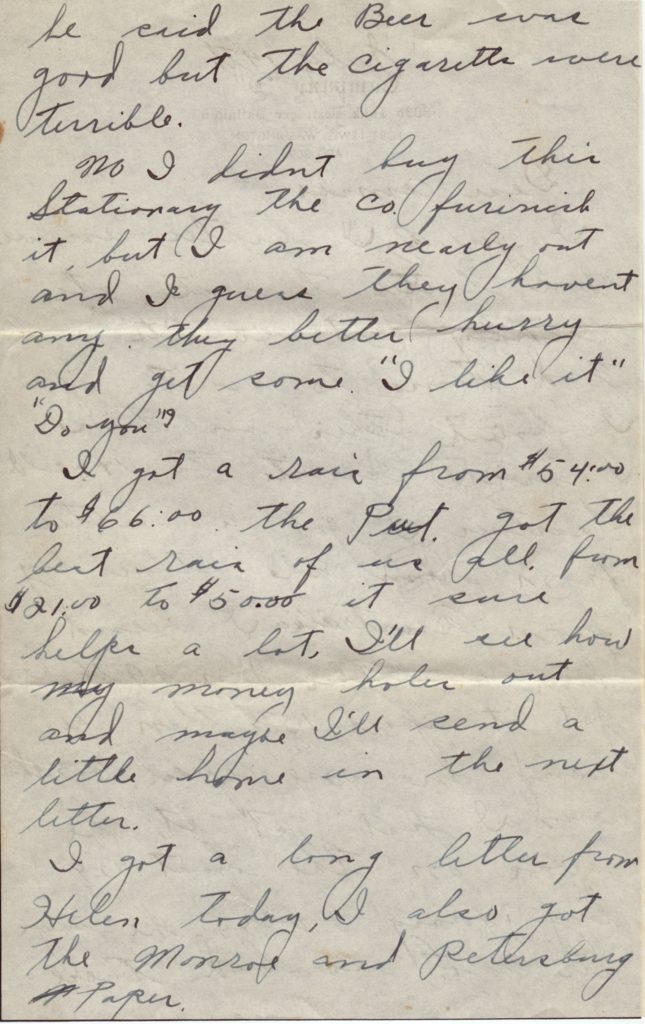 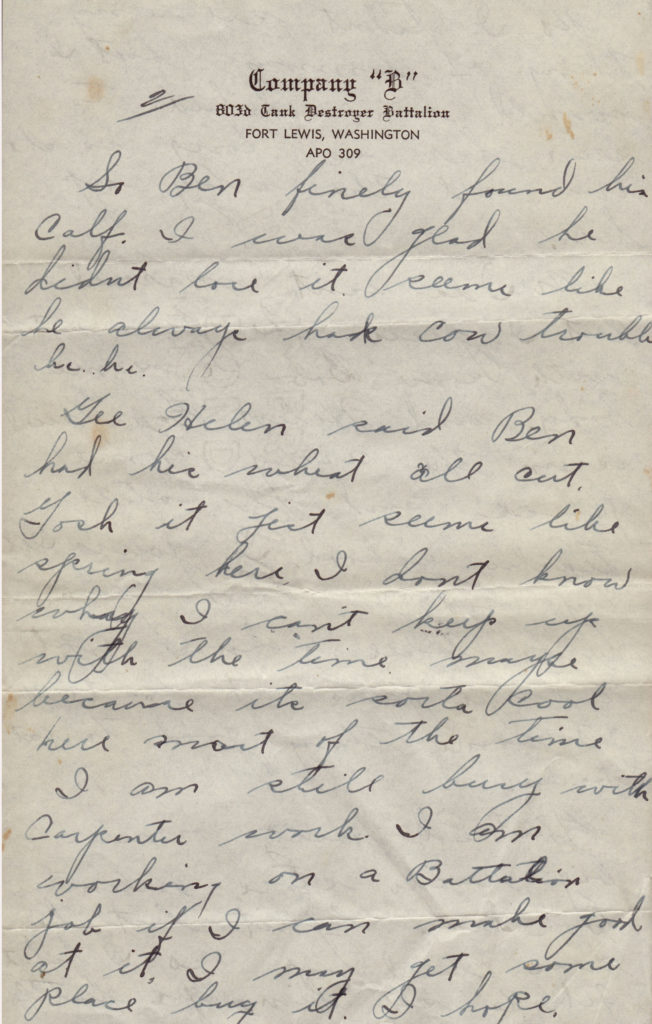 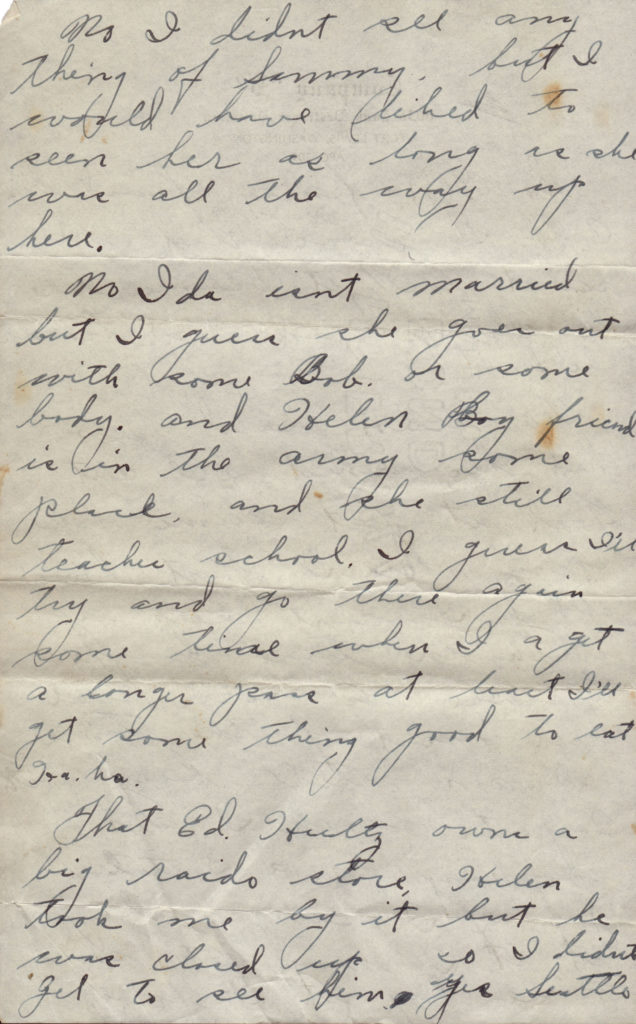 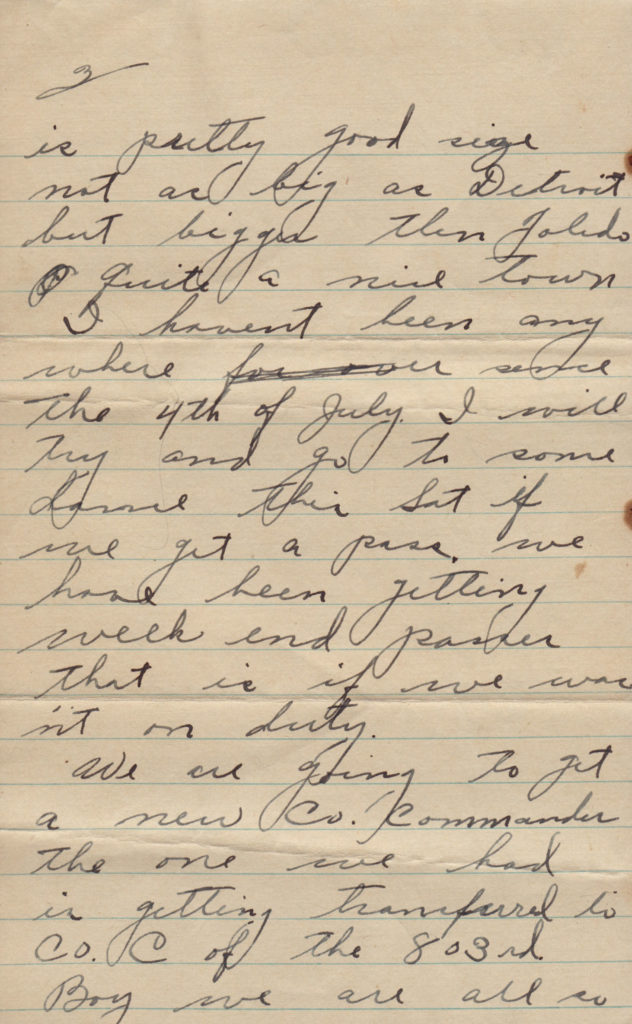 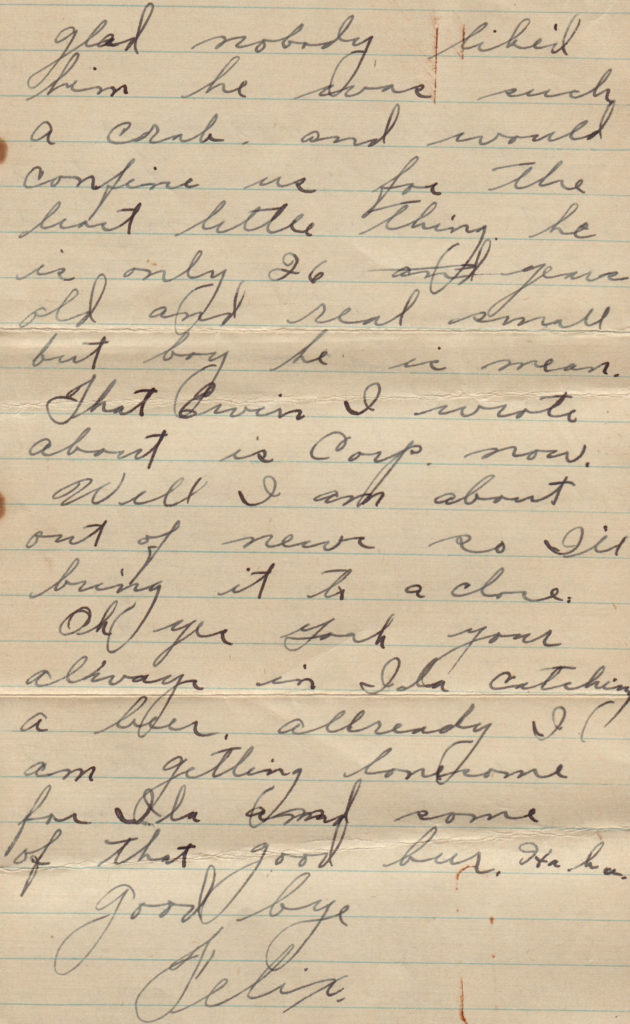 Dear Annie,
I guess I better answer your letter to nite. Its raining out so its a good time to write, if I finish this in time I will write to Harold Gertner I got a letter from him the other day from Australia. I sent him a letter Jan 27th he got it April 13th then he send me one April 23rd and I just got it, he was on the boat 39 day going over he says its not so bad there he said the Beer was good but the cigarettes were terrible.

No I didn’t buy this Stationary the Co. furnish it, but I am nearly out and I guess they haven’t any they better hurry and get some “I like it” “Do You?”

I got a long letter from Helen today. I also got the Monroe and Petersburg paper.

So Ben finely found his Calf. I was glad he didn’t lose it. seems like he always has cow trouble. ha. ha.

Gee Helen said Ben had his wheat all cut. Gosh it just seems like spring here I know know why I can’t keep up with the time maybe because its sort cool here most to the time.

I am still busy with carpenter work. I am working on a Battalion job if I can make good at it I may get some place big. I hope.

No I didn’t see any thing of Sammy. but I would have liked to seen her as long as she was all the way up here.

No Ida isn’t married but I guess she goes out with some Bob. or some body. and Helen boyfriend is in the Army some place, and she still teaches school. I guess I’ll try and go there again some time when I get a longer pass at least I’ll get something good to eat Ha Ha.

That Ed Huletz owns a big radio store Helen took me by it but he was closed up. So I didn’t get to see him. Yes Seattle
is pretty good size not as big as Detroit but bigger than Toledo quite a nice town.

I haven’t been any where since the 4th of July. I will try and go to some dance this Sat if we get a pass. we have been getting week end passes that is if we warn’t on duty.

We are going to get a new Co. Commander the one we had is getting transferred to Co. C of the 803rd. Boy we are all so glad nobody like him he was such a crab. and would confine us for the least little thing. he is only 26 years old and real small. Boy he is mean.
That Erwin I wrote about is Corp now.

Well I am abbot out of news I’ll bring to a close.

Oh, yes Gosh your always in Ida catching a beer.  Already I am getting lonesome for Ida and some of that good beer. Ha. Ha. ha.
Good Bye. Felix